Michael S. Jovan admits to receiving stolen property and was sentenced to one year probation in Palmer District Court.

Michael Scott Jovan, also know as Mike Jovan, living at 41 Craig Road, Holland MA, 01521 avoided a jury trial today, Monday December 11, 2010, by entering a NoloContendere statement in Palmer District Court. Nolo Contendere, statements are not really plea bargains, it is a deal between the accused, Mike Jovan, and the DA in which the accused (the defendant) will not contend the (lesser) charge or maintain a defense against it and instead signs a statement to that effect.
Mike Jovan was sentenced to one year probation. The case involves the theft of two heavy duty Husqvarna chainsaws and other tools and equipment stolen form Mike LaMountain co-owner of the hillside property off Mashapaug Road, also know as part of the Huguenot Farm.
The string of thefts started on Labor Day of 2008. To read the whole story written by the victim himself, click here»

One year ago, we were made a promise. We thought wed finally be celebrating the closure of the Guantanamo detention facility and ending one of the most disgraceful abuses of power witnessed in recent American history.
Instead, today, January 11th well mark the 8 year anniversary of Guantanamos opening. And the following week, our disappointment will deepen as we watch the administrations original January 22nd deadline to close the prison come and go with no results.
During this time, all eyes will be on President Obama to see if he still stands firm in his commitment given these most recent setbacks.
The power of the press can help us send our message loud and clear  the Obama administration must follow through on its pledge to uphold justice in the face of terror.
When a man attempted to blow up a plane on Christmas Day, it took us down a familiar path that will surely test the Obama administrations commitment and whether weve learned anything at all since 9/11.
After evidence surfaced linking the would-be bomber to Yemen, President Obama gave in to formal calls from senior members of Congress to indefinitely detain all Yemenis in Guantanamo, including those already screened and cleared for release.
This violation illustrates why Guantanamo is now being seen as a primary recruiting tool for terrorist organizations  its existence only fuels the use of terror and torture, and does not prevent it.
Sadly, this has not been the only indication that were failing to learn from misguided strategies of the past.
A poll recently surfaced that shows a majority of Americans actually favor the use of torture on the would-be Christmas Day bomber to extract information. Once again, were being asked to make that false choice between feeling safer and doing whats right  and far too many are taking the bait!
It is critical that we push back now to sway the court of public opinion. Reverting to flawed tactics and disrupting our normal course of justice only takes us further away from the values that were fighting so hard to protect.
The cycle of torture and terror must end here now. Weve come too far to fall back on failed policies that have only endangered our civil liberties and if anything, increased the risk to our national security.
Over the next several weeks, well particularly be watching the administration like hawks and youll hear exactly what we think of their plans to get Guantanamos closure back on track. After a year in office, weve yet to see the Obama administration lay down any strong consequences for those most responsible for enabling and carrying out the acts of torture that Guantanamo was built upon. We expect that to change.
We need you, now more than ever, to be a voice of conscience  to help light the way back to the promise we had one year ago, because you understand that torture ends when justice and accountability begin.
Thank you for standing with us, 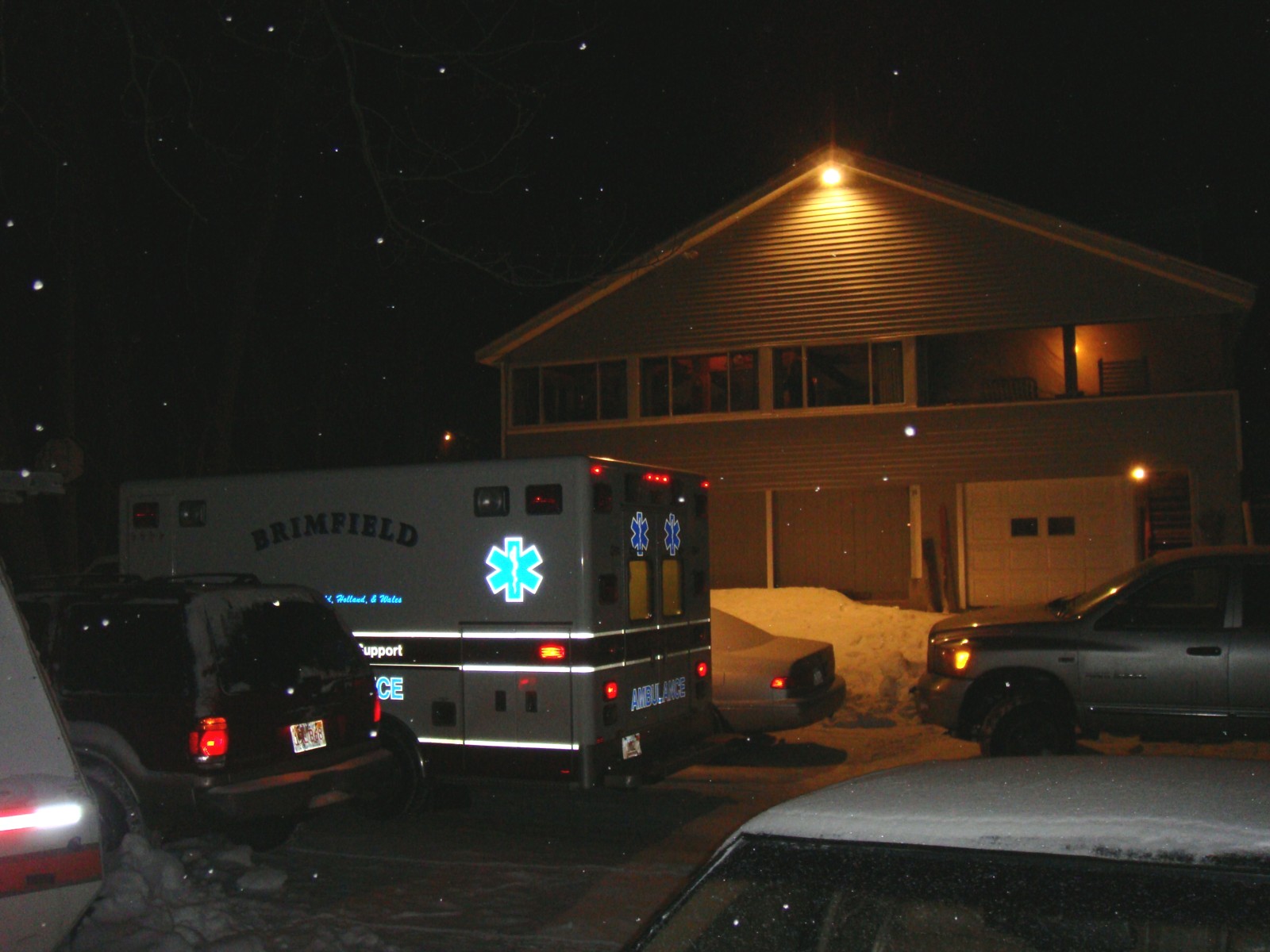 Do you need a personal bailout? All you need to do is fill out this form and mail it in! However, there is a waiting list, but you might just get lucky! Read a statement from Paul Bracciotti, senior Planner and Community Development Specialist of the Pioneer Valley Planning Commission (PVPC), or read the FY 2010 Town of Holland Community Development Strategy report. There will be a public hearing at 19:00 hours on February 3, 2010, to discuss the priorities mentioned in the report. Get involved and read more»

The Holland Blog got a copy of this flyer here from Valerie Ebersold who is always out there doing good deeds for our town. The Blood NewEnglandBlood.org which is affilated with the American Red Cross. Please mark your calendar and do the right thing. 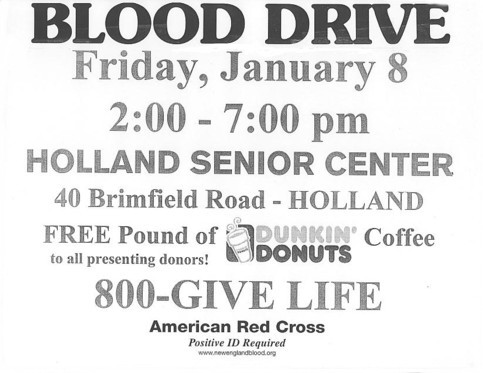 As every 6th of the month, everybody is invited to go of topic here. Do you have any questions, suggestions? Comment about anything that is amusing you or anything that is bothering you, but do it in a civilized manner! I will delete obvious lies and offensive comments. To read previous comments under this category, click on Speak Out Holland on the left of this blog under the heading Categories.
Peter Frei 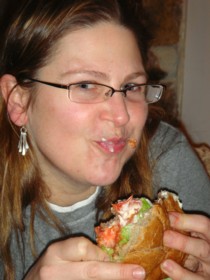 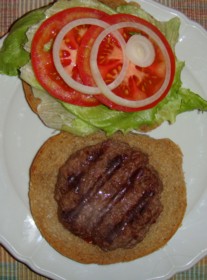 What will be reality for many in Holland is already a reality for a few including Dana and myself.
Dana (on the right) is enjoying a Hamburger cooked with organic beef from one of LaMountains cattles that was part of his prize Hereford herd that grazes on the green hills of the Huguenot Farm in Oxford; it is the best Beef you can eat..
Peter Frei 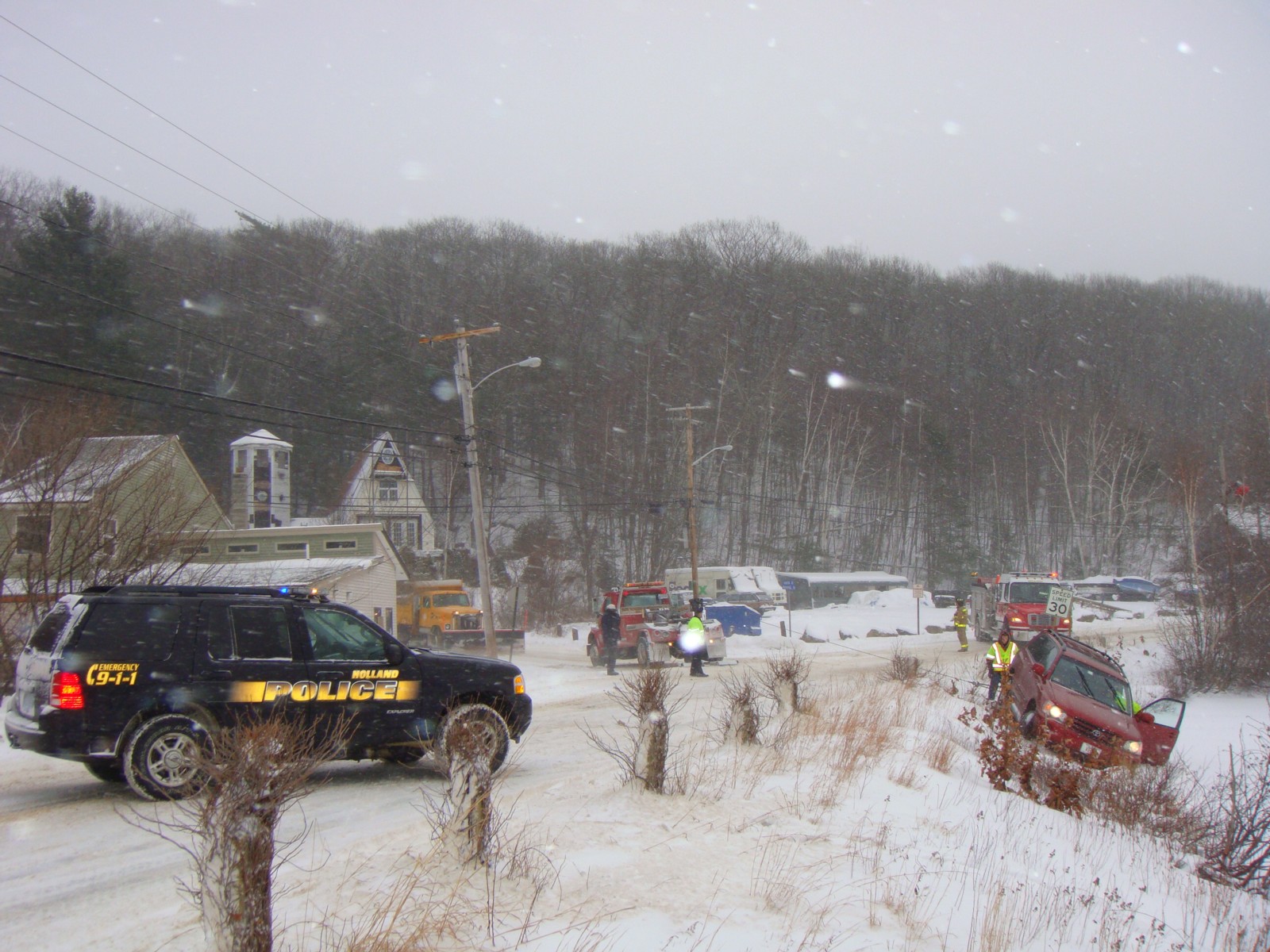 Around 10:20 this morning, a car driving on Mashapaug Road, read more»

The Holland Blog wishes everybody a Happy New Year. Read about the most disappointing event in 2009 and what the Holland Blog is hoping for in the New Year, read more»

What was YOUR best Christmas Present ever?

Did you ever get a Christmas present that you still rememer to this day? Read more»