Perrys cousin back from war in Iraq 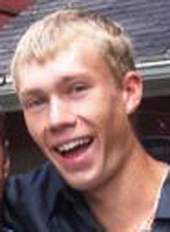 An unnamed hero serving in Iraq refused to go on his eagerly awaited leave back home so his buddy Travis Koslowski could pay his respects to his cousin Nicholas S. Perry who died in a car crash last Saturday morning.

Travis, his brother Matthew and sister Jessica Koslowski grew up together with Nicholas Perry. Koslowskis and Perrys mothers are sisters. Mr. Perry, a graduate of Southbridge High School of 2002, just moved from Holland to Southbridge with his girlfriend of six years. Perry was also living in Brimfield before.

What is Holland thinking?

Jack posted the following comment on 2 Apr 2009, 8:47: I'm civil. Admittingly my comment may have had a wise-ass tone. You kept referring to me as you and other town officials and you would love to just dump your garbage here. I do not have an agenda. When I came across the site. I thought, nice to have a place Holland residents can post comments and thoughts. I'm all for hearing other peoples point of view. Pro or con on different subjects. It will only make me an more informed resident and voter. If I can make a suggestion. Have a section like What is Holland thinking, where people could make comments about Holland. If it makes you feel any better I registered as an independent.
-x-x-x-x-x-x-x-x-x-x-x-x-x-x-x-x-x-x-x-x-x-x-x-x-x-x-x-x-x-x-x-x-x-x-x-x-x-x-x-x-x-x-
Here is your wish Jack, lets see what Holland's residents have on their minds.... I encourage everybody to comment on anything you like, just click on the comment link and leave a comment! (Please no name-calling)
Peter Frei

Nicholas Perry died this past Saturday morning around 5:30 AM on RT 20 near Little Alum Road on his way to work. Wales resident Kevin Smith, 48, crossed the yellow double line with his 2002 Ford pick-up truck and struck Nicholas Perrys 1993 Geo prism sedan head-on. Nicholas Perry was pronounced dead on the scene. Kevin Smith is in serious condition and remains hospitalized at the UMass. Memorial Medical Center in Worcester. Perry was 23 years old and was living on 15 Collette Drive in Holland together whit his two sisters Cayli and Amanda Branconnier and also Darlene Branconnier. Nicholas Perry was an employee of Lewis Tree Service, an employee owned company of more than 1500 employees.

The State Police is still investigating the cause of the accident. RT20 has a long history of head-on collisions. The Executive Office of Public Safety issued a press release.
Peter Frei

The Heritage Country Club in Charlton hosted the charity poker tournament organized by the PTO of Holland. Find out who made the first prize and how the mystery man known as Chicken Scratch, faired. Read more»

What is a routine act on behalf of residents which do not criticize the Johnson family for their illegal activities is unavailable for residents which dare to. James LaMountain intends to build a farm house on the hill owned by Northeast Concepts, Inc. off of Mashapaug Road. In order to do so, he followed the rules and applied for a driveway permit needed to get the required building permit. Brian Johnson, the Highway Surveyor and an elected town official refused to issue the permit despite James LaMountians claim that he submitted all required documents. LaMountain: It is just another attempt to harass me, or maybe another attempt to provoke me to build a driveway without a permit so they can go after me again. LaMountain claims that he had no other choice than to file another unnecessary lawsuit the voters of the town of Holland have to foot the bill for. I feel bad for the taxpayers, but they [Earl and Brian Johnson and other town officials] just dont change, they may never will. By the way, Im a taxpayer myself..
Today, James LaMountain filed his latest lawsuit in Superior Court. To read the complaint, click here! The complaint will be served to the defendants tomorrow, to read the summons, click here, or on the word summons typed in bold italic. (Every word on this blog in bold italic is a link!)
Peter Frei

The Holland Blog went online for the first time on February 14, 2009. After only five weeks, the Google query 01521 produces the Holland Blog as top ranking result out of a staggering number of 3,240,000 results.
Peter Frei

Opacum Land Trust, Inc. is a regional, all volunteer organization formed in 2000 to protect natural and cultural resources in South Central Massachusetts. The Trust will hold its Annual Meeting this coming Thursday, March 26, 2009 6:30 - 8:00 pm at the Holland Senior Center at 40 Brimfield Road, Holland. The organizers, all volunteers, will offer pizza and inform members and friends about whats going on. If you are interested in becoming more involved or becoming a member or just attending the meeting, call 508-347-9144 or email info@opacumlt.org.
Peter Frei 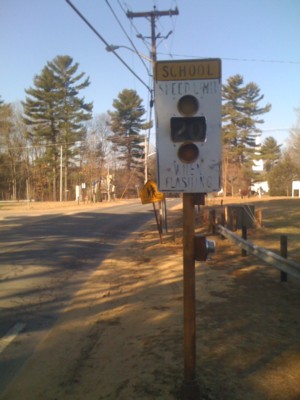 From: A Concerned Citizen
To: The Holland Blog

Ive lived in Holland about 10 years and currently have a child attending Holland Elementary School. For app. 8 years the blinking light driving eastbound on Sturbridge Road near the school has not been working. This is a safety hazard for school children crossing the street nearby. Moreover, the lettering on the sign(s) is almost impossible to read. This is a lawsuit waiting to happen - especially if you, Mr. Blogger, forward my note to the powers that be in town and still nothing is done.
I notice that Mr. Selectman Johnson claims to be concerned with safety issues. I find this hard to believe, for it appears that there are other unrelated road issues that are getting attended to, but this sign (a mis-reading of which could cause the serious injury to or death of a child and a lawsuit against the town) should have been fixed years ago.
Mr Blogger, could you see what you can do? 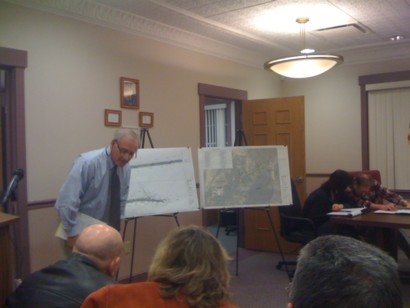 Tonight's meeting was interrupted at 19:15 hours as Jack Keough, the building inspector and zoning officer, requested an executive session. The project to improve Sturbridge Road that entered the planning stage a year ago is taking on shape. The selectboard also announced extended Kindergarten hours beginning in 2010, read more»

Brian O. Lees. the clerk of the Superior Court for the Hampden County issued a judgment on February 19, and an amended judgment on February 20, 2009, after judge Velis granted the defendants motion to dismiss, see also my previous post, Superior Court Judge Dismisses Johnson LandGate Suit.
Yesterday, I filed plaintiffs notice of appeal, appealing judge Veliss decision. I also filed the required plaintiffs notice pursuant Mass. R.A.P. rule 8. The case will now be scheduled to be heard by a panel of three judges of the Appeals Court of the Commonwealth. To read any documents, just click on the bold text in italic describing the document; this is consistent throughout this blog, any bold text in italic is a link! To read all the posts about the Johnson LandGate, click on the link Johnson LandGate which can be found under the heading Categories on the left in the Menu section.
Peter Frei